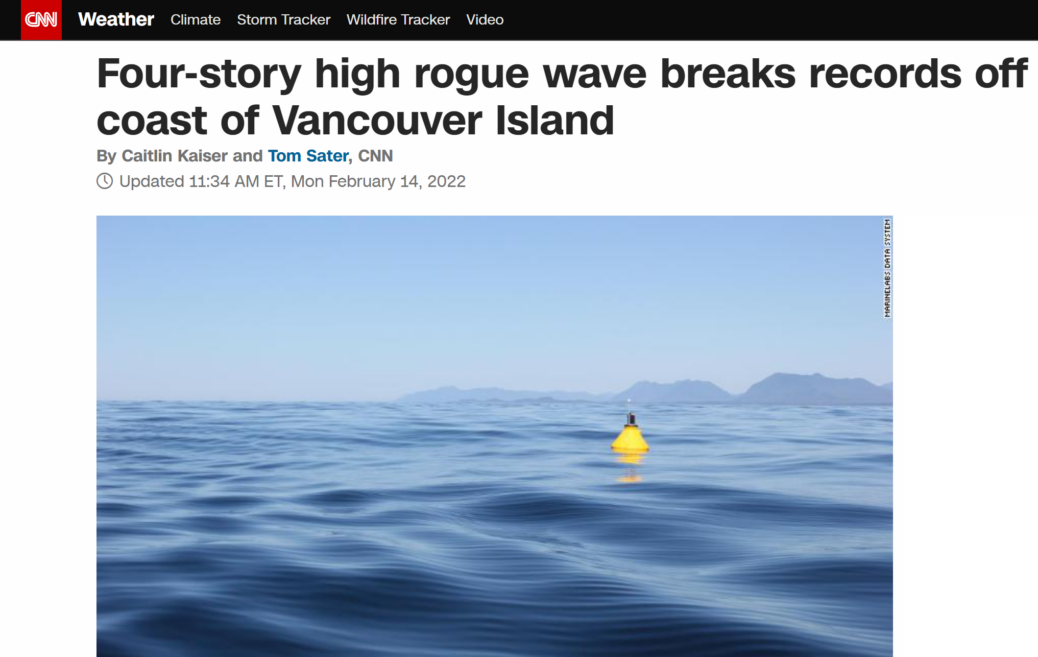 A truly global audience took notice and raised the profile of MarineLabs as a leader in data-driven coastal intelligence after a press release describing how MarineLabs measured an extreme rogue wave was published on February 8, 2022.

The media pickup was swift with multiple Internationally recognized outlets including CNN, BBC, Smithsonian, and National Post running the story on their sites. According to Cision’s Visibility reports as of Feb. 23 2022, the press release was published in 175 locations, exposed to 475k Twitter followers, and reached an audience of 63 million viewers.

CEO Dr. Scott Beatty is “excited about the momentum this story has gained and looking forward to parlaying the interest in MarineLabs coastal data toward executing our vision to transform Marine Safety with widespread measurement of the World’s coastlines.”